Your browser is out-of-date!

Update your browser to view this website correctly. Update my browser now

How Germany is dominating the Tech Industry

Previously, we looked at how the Hudson Yards neighbourhood in New York City is fast becoming a magnet for tech giants. But US cities like New York, Seattle and San Francisco aren’t the only hotspots for technology jobs; in Europe, Germany’s major cities are developing their own individual reputations as vibrant tech hubs.

What’s interesting, at least to those looking for technology jobs, is how each German tech hub has its own distinct character. Munich, for example, is home to the big guns. This is where you’ll find German headquarters for Apple, Google, Microsoft, Alibaba, Huawei and other global giants. Berlin, on the other hand, has a reputation for innovative startups. In fact, a new startup is formed in Berlin every 20 minutes, and Berlin-based startups tend to out-pace Munich-based startups in attracting venture capital. ([i])

Germany as a global draw for tech talent

Why is Germany such a vibrant tech hub? Well, the country already had a reputation as arguably Europe’s major scientific and industrial centre, so the leap to tech hub seems instinctive. Then there’s the crossover between the financial sector – a field that’s increasingly being disrupted by technology – and the tech world itself, which again makes Germany a natural home for tech multinationals and startups alike.

But it’s also an attractive destination for technology talent. The low cost of living (compared to, say, London’s eye-watering rental prices) makes Germany an accessible place to live for people at all stages of their tech career. Even Berlin boasts remarkably affordable housing for a capital city, coupled with a high quality of life – not to mention its reputation as one of Europe’s coolest cities. Factors like this are a big draw for tech professionals from all over the world. And we haven’t even mentioned the beer yet. (It’s good. Very good.)

Find your next career move

With its ready supply of tech jobs, and distinctly individual job markets, it’s easy to see why Germany has no bother attracting technology professionals. If you’re interested in German technology jobs, our team of Frankfurt-based tech recruitment specialists can help. Connect with Roc Search to learn more.

Back to Media Hub 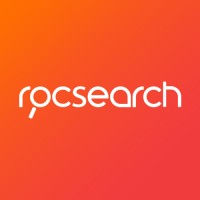 Business Manager
Share this post
This site uses cookies to enhance your experience and by continuing on this site you are consenting to the use of cookies. To learn more about the cookies used on this site, please visit our Cookie-Richtlinien. ✕
Select your country